Coping With COVID-19 Crisis: Comedy Impresario Caroline Hirsch On The “Hard Ride” Ahead For Stand-Up And Live Events In New York

This article was reposted from Deadline for the interest of our audience, click here to read the article on their website. 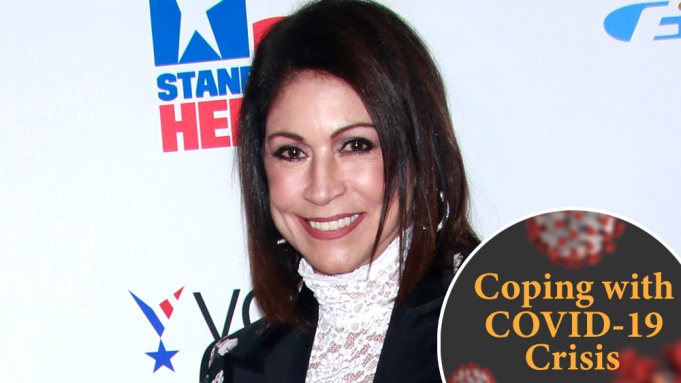 Editors’ Note: With acknowledgment of the big-picture implications of a pandemic that has claimed thousands of lives, cratered global economies and closed international borders, Deadline’s Coping With COVID-19 Crisis series is a forum for those in the entertainment space grappling with myriad consequences of seeing a great industry screech to a halt. The hope is for an exchange of ideas and experiences, and suggestions on how businesses and individuals can best ride out a crisis that doesn’t look like it will abate any time soon.

Caroline Hirsch has spent nearly four decades as one of comedy’s prime movers. Her namesake club, Caroline’s, has hosted a steady stream of A-list acts in its current location at 49th Street and Broadway since 1992. While the Times Square location lacks the downtown flair of Chelsea, the neighborhood where the club opened a decade before, it does have its advantages. Robin Williams, a Caroline’s regular, made an impromptu visit one Saturday evening after finishing an ADR session at a studio across the street at the Brill Building. “He plants himself at the entrance and starts greeting everyone as they came in,” Hirsch remembered with a laugh. “You know – ‘Name, please?’ and making big check marks on a clipboard.”

Nights out at the club — or anywhere with a group of people — have evaporated as New York, the epicenter of COVID-19, battles to get to the other side. Hirsch is confident her business will survive and that live comedy will rebound, but she worries about the toll faced by the city and its creative community. Long before the pandemic, Hirsch began branching into producing. Her new docuseries, Call Your Mother, premieres on Mother’s Day night this Sunday, featuring comedians like David Spade, Awkwafina and Judy Gold, along with their mothers.

While producing provides an outlet during the pandemic, Hirsch’s other major initiative faces considerable uncertainty: the New York Comedy Festival in November. Last year’s edition featured 150 shows over a week, in venues ranging from small, outer-borough clubs to Madison Square Garden. For now, the fest is proceeding as scheduled. But her intent with her main business is to look to reopen only when a vaccine or treatment for the coronavirus is widely available. “It’s going to be a hard ride,” she tells Deadline from Water Mill, the Hamptons town where she is riding out the pandemic. “But I’m up for it.”

This interview has been edited and condensed for clarity and length.

DEADLINE: When did you close Caroline’s?

CAROLINE HIRSCH: At the end of March. We stayed around until we got the closure notice. We still had to go to the office. We have a restaurant in the club, people to take care of, making sure liquor was locked up, food was distributed, all that other stuff.

DEADLINE: Did you have to lay off staff?

HIRSCH: Yes. Lots of the waitstaff, which is the majority of the people who work there, went on unemployment. They were glad to get that extra check every month. To be honest with you, we don’t know when we’ll be able to open. We won’t be able to open when they say “OK, now everybody back to business!” That’s not going to happen in restaurants and places where people gather.

DEADLINE: Do you see Broadway theaters as a comparison in this case?

HIRSCH: Yeah, we’ll take a cue from Broadway. There they have audiences of about 1,000 to 1,500. Those audiences are really close together. We can’t support this physical distancing. We are a place where people socially gather. It’s not possible to have physical distancing in a club. Caroline’s is approximately 300 seats. We cannot go down to 150 seats. That’s not gonna work. I have headliner entertainment. Comedians do not want to come in for half a house. The economics will not work for us. We really need to wait until we can all open the proper way. That’s how everything should open. That’s how theaters should open. We all need to be together and say “OK” as soon as we feel really, really comfortable. But that’s not going to happen unless we have the medications and maybe even the vaccine. People are not going to go to large concerts. They’re not going to go to Caroline’s until they’re very, very convinced in their mind that they are safe.

DEADLINE: Have you at least considered any short-term options?

HIRSCH: They tell us to be creative. You know what? I’ve been creative. I’ve been creative for 38 years about how to attract customers, OK? I’m not going to reinvent the wheel here. People will be afraid until there is some kind of cure and until we’re all convinced that we want to go out. That’s just how it’s going to be. New York City is a place where people come from around the world to visit. They come to our restaurants, they come to our museums, to our events, to clubs, to Broadway. It’ll be months before we’ll be back to anything that might even resemble being normal.

DEADLINE: You must be missing the club.

HIRSCH: I am. I’m missing it. But we’re still being very optimistic about our approach to the fall and the New York Comedy Festival. That’s slated for November. We’re still deciding that we’re doing it. So that’s something that’s happening. And then we’re just taking it very loosely about the bookings and we’ll see where we go from there.

DEADLINE: What role does comedy play in helping all of us process the pandemic?

DEADLINE: Comedy on television, especially late-night, seems to be in a weird state. They’re trying their best, but it often has a heaviness to it.

HIRSCH: It’s heavy, and you see how the families all get involved at night, with Jimmy Fallon and his kids and his wife and Colbert’s kind of talking to his wife on the side. It’s hard. It’s really hard and they’re finding their way doing it. It’s funny — there are people on YouTube who’ve been doing this for years and they kind of have better production values than what you see on air.

DEADLINE: What do you hear from the talent community and comedians?

HIRSCH: They want to work. Last year at the comedy festival, we worked with Trevor Noah at Madison Square Garden, I always think about that. Packed to the rafters. I’m thinking about it and going, “When is that going to happen again?” It’ll be a while for that.

DEADLINE: Nothing can fully replace the live experience but have you been focusing more on social media or digital?

HIRSCH: I’ve always resisted the idea of video from the club. But I see this trend now will come to be more in-demand. So I’m definitely thinking about the larger picture here, from Caroline’s. I’m working to make it as big as I can make it. Only if I’m with the best distributor around, but that’s something that’s planted in my head because of all this. The experience of Caroline’s, but at home.

DEADLINE: Are you confident that the club will return?

HIRSCH: We will be back. Everyone will get back to where we were, but it’s how long it will take. And the problem with that is, how many people will be lost by the time we get there? That’s what kills me.

DEADLINE: Before the pandemic, you had already been branching into producing film and TV. What’s the latest there?

HIRSCH: I’ve optioned a couple of books. I have two sitcoms, a reality show, two documentaries. And we have Call Your Mother. That was a project I had in the back of my mind for many, many years. A lot of comedians come from this dark background but I said, “You can’t do anything dark. It just needs to be light and airy and funny.” We put it on the back burner. And then I met the ladies at Loki Film – Heidi Ewing and Rachel Grady. They wanted to do something about me and I said, “No, it’s not about me. How about comedians and their mothers?”

HIRSCH: They get so much from their mother. It’s an inherited gene. It’s also environmentally how they grew up. When you see David Spade and Mrs. Spade, you know exactly where he got it from.

DEADLINE: And as of now, the comedy festival is going forward?

HIRSCH: Right now, there is a festival this year. It’s going ahead as scheduled.

DEADLINE: What do you think the mood of the audience will be after the stay-at-home order eases?

HIRSCH: There will be this feeling of “I’m afraid to go out.’” But there’s the other part of it, which is, “Oh, Jeezus, I really want to go out!”

HIRSCH: That was completely tragic. The day it happened, we were with our mouths open, we were so stunned. We closed down for about three weeks and we opened back up with Mario Cantone. I’ll never forget, Rosie O’Donnell was on the air [with her syndicated talk show] and she told everyone, “Go out. Go see my friend, Mario Cantone, at Caroline’s. Everybody needs to go out. Go to your restaurants, your neighborhood.” Because people weren’t leaving their homes. We lost 3,000 people there and it was tragic. What we’re going through now is worse, for our economy. We will have a recession like we will never know when we come out of this.

DEADLINE: Do you have any idea of how things will look on the other side?

HIRSCH: There’s certainly going to be an appetite for comedy and an appetite for live events. Comedy’s going to come out stronger than ever, especially seeing what everybody’s been doing online and how creative they’ve been.